Another Louisiana classic and local favorite is stuffed bell peppers. Traditionally, they’re filled with the holy trinity (onion, celery, bell peppers), ground beef, shrimp and ham. I switch it up by omitting the ham, adding lump crab meat, and substituting the ground beef for Italian sausage.

As with many Cajun and Creole dishes, stuffed bell peppers come to life with the inclusion of the “holy trinity” serving as the basis from where all flavor is formed, consisting of onions, bell peppers and celery. These three vegetables are packed with flavorful liquid that breaks down when heated, causing them to release or “sweat” out moisture. These liquids then reduce in the skillet, leaving behind residual sugars that caramelize the mix into the soul of the dish they are about to become. The result is so flavorful, it could only be considered holy.

Decadent, overstuffed peppers with lump crab, shrimp, and Italian sausage! It's a meal in a pepper!

This site uses Akismet to reduce spam. Learn how your comment data is processed. 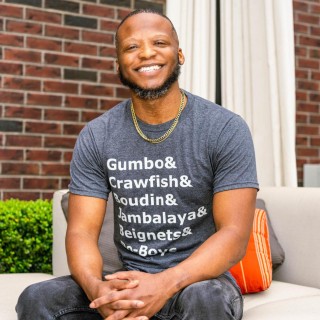 Thanks for stopping by to feed your soul with the flavors of my hometown, New Orleans, LA! My hope is that you are inspired by the uniqueness of Cajun and Creole cuisine to bring these flavors in your home. Cheers!